Clara Zabludowsky talks about her experiences of the WPP Fellowship. 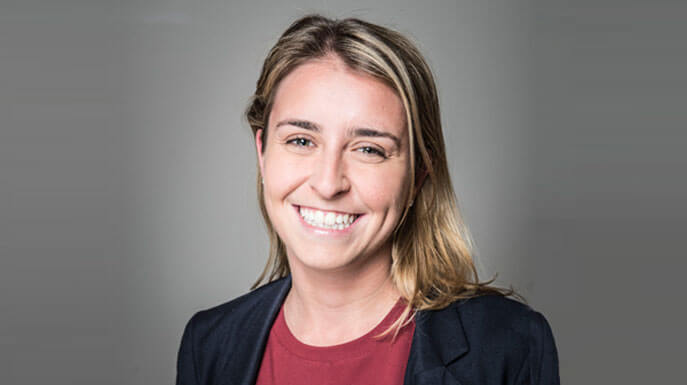 Clara Zabludowsky talks about her experiences of the WPP Fellowship.I'm at Havana International Airport. I've been here for four hours, as the customs official in front of me counts – one by one – the two suitcases of WPP-branded notebooks, pens, USB keys and pamphlets that I've brought with me from London. It's three months into my first year of the Fellowship and I've been drafted to help the newly formed WPP Cuba office present itself to one of the only virgin markets in the world where advertising, communications and marketing – everything that we are all about – are still mainly considered taboo. I eventually make it out of the airport and over the course of my various trips to Cuba over the next 12 months, I meet the Vice President, Raul Castro's daughter, and organise a digital conference in the still largely internet-less island. After that first trip, I learn to travel much lighter.

Fast forward three more months into my first year. I am sitting in the back of a police patrol car in Brixton on a Friday night. Wearing a bullet-proof vest and getting a snapshot into what life on the frontline of policing is like. I am the Head of Brand Strategy for Police Now, seconded by WPP to help this new charity build their brand and recruit top graduates into community policing roles. My year at Police Now plunges me into the middle of debates on public spending in the UK, the future of the job market, and the challenges of building a charitable company.

Most recently, in my role with the international political team at PSB, I find myself crisscrossing France on a range of planes, trains and automobiles, conducting focus groups with supporters of Marine Le Pen, and undecided voters trying to decipher what the hell is going to happen in the French Presidential election. I sit in room after room, listening to people speak about how their country is changing before their eyes, and it puts faces, names and voices to the people who, in the past year, have delivered Brexit, Trump and, almost, a Le Pen Presidency.

People considering the Fellowship tend to ask me what a ‘typical Fellowship' looks like. I have no idea. All I know is the past two years have taken me down some roads I never expected. They have been challenging, at times frustrating, but always exciting.