5 Ways The Healthcare Industry is Changing Lives and Saving Lives

The ‘Healthcare' industry, broadly speaking, aims to make people's lives healthier and happier. But how do the organisations that make up this industry do it? 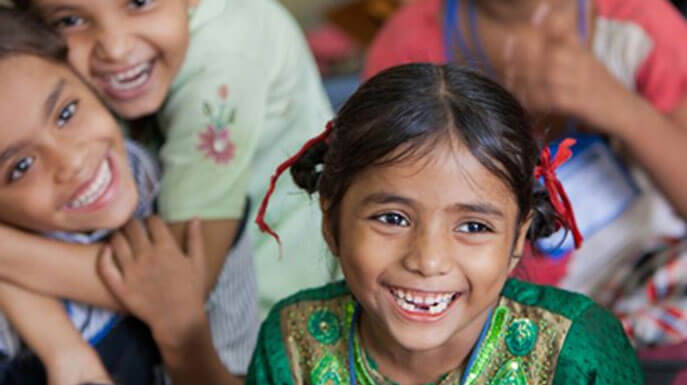 The ‘Healthcare' industry, broadly speaking, aims to make people's lives healthier and happier. But how do the organisations that make up this industry do it?In the western world, we often take our health for granted: the overwhelming majority of us have access to clean drinking water, hospitals, and treatment. In the developing world though, many people are without these basic fundamentals of healthcare.

This is where companies like GlaxoSmithKline (GSK) come in. As a global healthcare company, they are responsible for helping people do more, feel better, and live longer, regardless of where they're from. Often, that means heavily investing in advanced scientific research to make important medical breakthroughs. Sometimes, it's less complicated than that - GSK simply provide the essentials to those who need them most.

Here's a list of 5 ways in which GSK are revolutionising global health:

Great strides have been made in recent years to reduce the impact of malaria.

Despite that though, hundreds of millions of people are still affected by the disease each year.

GSK has been working for more than 30 years to develop a vaccine against the disease. It is a groundbreaking development, and once approved, it will lead to millions of lives being saved.

As part of their global plan to tackle malaria, GSK have teamed up with Comic Relief to give financial support to the organisations on the frontline that are tackling the disease.

This partnership has delivered £22 million in targeted grants, ensuring that money is going to the right places to deliver the best protection to the most people.

3) Finding a cure for HIV

As well as leading the charge in the fight against malaria, GSK has been a world-leader in HIV research, ever since the disease was first discovered in the 1980s.

As an example of their commitment to HIV treatment, GSK have a joint venture with Pfizer and Shionogi, dedicated to the disease.

It's easy to think that a company the size of GSK only cares about big discoveries and big profits for their own ends. However, GSK are champions of small businesses too.

The company has its own bioscience ‘campus' which helps healthcare start-ups grow. The campus enables small companies to draw on the expertise of top GSK scientists, to help them conduct cutting-edge research.

With GSK's support, these young businesses may one day be able make a significant contribution to global health.

Non-communicable diseases (NCDs) are diseases which are not contagious. Examples include cancer and diabetes, which are two of the biggest causes of death. Because these diseases can't be ‘caught', they can be much harder to control than ‘communicable' diseases like HIV and malaria.

Historically, the focus in Africa has been on treating communicable (or contagious) diseases. This is still incredibly important, but GSK has made commitments to tackling NCDs as well, proving that they are unafraid to take on the biggest challenges in global health.

Is an apprenticeship right for me?

Whoever you are, succeed with a KPMG apprenticeship

An apprenticeship can make you more attractive to employers

Benefits of an apprenticeship